Sitting down with David Trusty and his granddaughter, Colby Trusty, I couldn’t help thinking that David reminded me of Sam Elliot in one of his renowned western films. Calm and steady, David knows farming and especially his cattle. 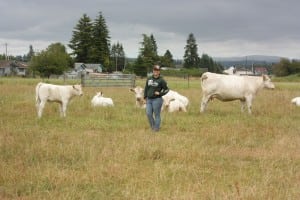 This will be Colby Trusty’s final year showing animals through 4H.

In 1954, David became a longstanding member of his 4H club. With interests ranging from cows, horses, sheep, and wood-working, David feels 4H was a part of what gave him a good, solid upbringing. “I was exposed to healthy competition. We were told to win without bragging and lose without squealing,” David smiled. This saying stuck with David through his childhood years in Iowa, to farming in Missouri, before finally landing in Grays Harbor County around 23 years ago.

Just one year after moving, David became involved with the Grays Harbor County Fair and has long been on the Fair Board. He now uses his influence to help ensure positive fair interactions with young 4H participants. Some of which, have been his grandkids.

With a family well rooted in 4H, it only makes sense that David’s granddaughter, Colby, carries on the tradition. “I was kind of put into it by my parents when I was in third grade,” Colby said sheepishly. “But I grew to really love it.” Now a high school graduate, this is Colby’s last year of showing cattle at the Grays Harbor County Fair as a 4H student. 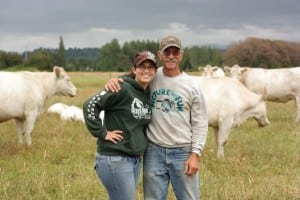 David Trusty has instilled a family role of giving back. He has served as a volunteer with the Grays Harbor County Fair since moving to town.

President of her club for over five years and counselor at the 4H summer camp, Colby insists 4H has been one of the most positive influences in her life. Her favorite aspect has been showing her animals at the Fair and attending the yearly 4H camp. “Outside of arts and crafts and outdoor activities, there are lots of leadership and game activities. Nobody judges anyone there, you are free to be whoever you want to be,” explained Colby in reference to 4H camp.  ”One of my friends that I’ve gained from camp, I see walking down the halls at school and he’s quiet and reserved. But at camp he knows he can just be himself and he opens up and he’s this amazing, great person. It’s great to know that you’re able to be trusted there and be yourself and not be judged.”

David insists 4H has done so much more for his children than teach them about animals and crafting. “Every one of my children and grandchildren who was in 4H came away with a positive respect for the program and learned to be a better citizen,” he said.  ”It teaches you to be involved in the community because if you allow yourself to be a part, you learn to share your talents, your concerns, to help make this a better town or county.”

“Personally, I want to give back because I’ve gained a lot from living here,” David said, who chooses to give back by helping cultivate positive experiences between 4H groups and the Grays Harbor County Fairgrounds. He doesn’t show his own animals very often, as his main focus is to help others. With his family there to show animals and his wife being the superintendent of the arts department, the yearly event is truly a family effort. 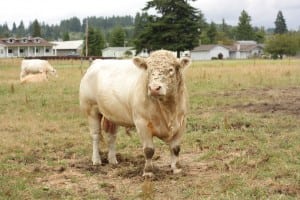 Cows are just one piece of the Grays Harbor County Fair slated for August 6 – 10.

Today, Colby does so much more than show her own steer.  She also raises and breeds her own beef cows. Her Charolais Cows in her grandpa’s field are stocky animals with solid meat on their bones. There in the herd stands the first cow she ever bought at age eleven. Now nine years old, the cow is  the oldest she owns. She has shown her Charolais cows at the Grays Harbor County Fair, Puyallup Fair, and at other county fairs across the state.

Though a strong interest, cows probably won’t be her way of life. Instead, Colby is headed to South Puget Sound Community College to pursue a teaching degree. She has the same perspective as her grandpa after a childhood in 4H: she wants to give back to her community. By teaching in an elementary school, Colby will have a lifestyle of contributing to her town.

The Grays Harbor County Fair begins on August 6 and continues through August 10. Colby will be there with her steer and David will be back and forth between animal barns, checking in on 4H members and making sure everyone has a good time. Colby will also be showing her horse for the first time during the open-show event – a special way to end her final 4H year.

Though it will be her last year showing in 4H, I doubt this year will be the last we see Colby participating in the community event. The Trusty habit of being at the fair each summer will continue on – we’ll see what they come up with next!

On August 8 through 10, just seven short miles from the City of Westport, the waves off of Grayland Beach will have more action than normal.  The Grayland Open will take place along this popular section of coast in Washington State. Above the crashing breakers and foamy surf, the best amateur Jet Ski free riders will be competing in round one of the US Nationals. The event isn’t just limited to US riders, as six of the top riders in the world will be competing right here in Grays Harbor. 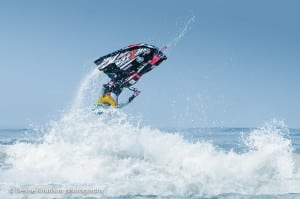 The Grayland Open was nothing more than a thought in the head of organizer Dan Lindgren ten years ago. A decade ago, Dan would invite people to experience Westport and enjoy the surf of the Washington Coast. As his personal event got increasingly popular, he talked to people at other events and decided to make an event happen locally. What started as a local contest, has grown every year since with the possibility of having 50 to 60 of the world’s best riders participating in this year’s event.

On the waves near Grayland State Park, the region is now home to one of the premiere Jet Ski competitions in the US, with daring riders performing aerial tricks on the turbulent waves of the Pacific Ocean.  The Grayland Open is one of four competitions at this level and one of the top surf and air competitions in the US. The other major events happen around in the United States in places like Daytona, Florida, Virginia Beach, Virginia and the Oregon Coast.  READ MORE HERE http://www.graysharbortalk.com/2014/08/03/grayland-open-brings-best-jet-ski-riders-grays-harbor/