Bike riding is a fun outdoor activity that provides healthy exercise and allows you to enjoy the beauty of the outdoors. Whether you are looking for a short, family-friendly loop or a rugged 32-mile ride, Grays Harbor features picturesque bike trails to suit every skill level.

Planning a bicycle ride with the kids or getting ready for your first cycling excursion? These trails are ideal for the novice biker or for families with young children. The Westport Dune Trail, also known as the Westport Light Trail is a paved 2.5-mile loop through grassy fields and sand dunes. The trail weaves through Westhaven State Park, ending at Westport Light State Park. 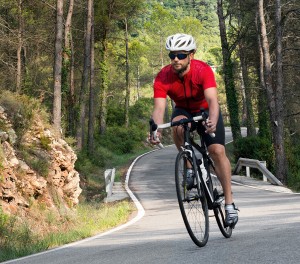 Vance Creek in Elma offers a paved loop around a pond. Enjoy the quiet country setting, shady trees and peaceful water as you cycle around this spot.  Read more here:  http://www.graysharbortalk.com/2015/09/16/grays-harbor-bike-routes/

Since humans first entered the land now known as Grays Harbor, fish and game have always been abundant. From the rainforest to the old growth timber around the Wynoochee, the hills of Capitol Forest and the rivers stocked full of salmon, life thrived in this region we call home, providing food and sustenance for locals and visitors alike. Today, fish and game are still a popular attraction for locals and tourists from around the world. From kids to the elderly and everyone in-between, the world-class hunting and fishing around the beautiful lands of Grays Harbor are waiting for you.

However, despite ample options for hunting and fishing the region, finding information on where to hunt and fish around Grays Harbor County can sometimes be confusing difficult. The best spots are usually kept secret, and information that is available tends to be hard to read for those without a lot of experience. Luckily, the Washington State Department of Fish and Wildlife, as well as other experts in the region, has put together an amazing selection of resources, all in hopes to help you have an amazing time fishing and hunting in the beauty of the Pacific Northwest.  Read more here:  http://www.graysharbortalk.com/2015/09/07/hunting-and-fishing-in-grays-harbor/

You never know what you’ll find inside an oyster, but a little prying can reveal a pearl. The same goes for the Grays Harbor County Courthouse in Montesano.

Considered one of the state’s finest, the courthouse was built in 1911 for $193,470.84. An eclectic blend of history, architecture and art, its story starts before Montesano became the county seat. 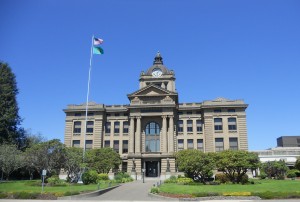 Grays Harbor’s governmental hub was originally located south of the Chehalis River in the home of the county’s first white settlers, Isaiah and Lorinda Scammon. Montesano was incorporated in 1883. Three years later, county government was ready to move out of Lorinda’s parlor, and Montesano and Cosmopolis duked it out for the next courthouse site.

The question was put to voters. Montesano, “The Maid of Wynoochee,” won. Courthouse construction began in 1889, but the burgeoning county soon outgrew the original wooden structure. A new courthouse was needed, and the good people of Chehalis County got busy.