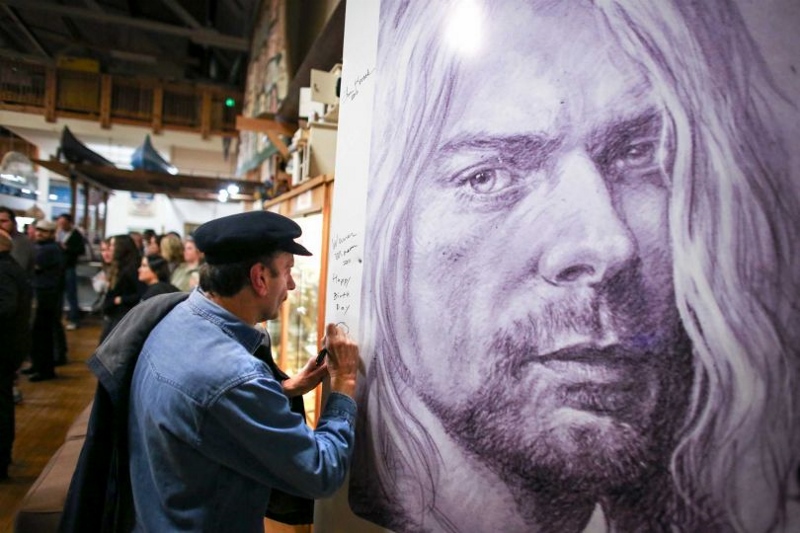 Along the muddy banks of the Wishkah, under the often dreary and gray skies of Grays Harbor, the spirit of Kurt Cobain and Nirvana live on. Not much has changed in Aberdeen and Hoquiam since Kurt roamed the streets as a child and teen, but the places he frequented in his youth are now visited by those hoping to get a taste of the region that defined Kurt, his music and the Pacific Northwest.

Aberdeen was home to grunge and Kurt, whose lyrics portrayed emotional honesty. While Kurt was alive, he and Aberdeen had a tumultuous relationship at best. Today, the relationship has improved as the city and the region recognize his work and celebrate him as the incredible artist and musician he was.

As you enter Aberdeen from the east, the city’s celebration of Nirvana’s front man is obvious thanks to the large “Welcome to Aberdeen” sign including the phrase, “Come as You Are.” Erected in 2005, the sign helps show the changing perception of one of Aberdeen’s most famous residents and is one of the most photographed images in Grays Harbor County. There is a pullout along the highway to snap a quick picture, but the true Kurt Cobain and Nirvana experience is found throughout town, making for a perfect day of exploring and experiencing Kurt’s early years.  Read more here:  http://www.graysharbortalk.com/2017/04/28/five-places-in-aberdeen-to-find-the-spirit-of-kurt-cobain/